The 2022 Internationale Tage exhibition shines a light on the Norwegian artist Edvard Munch. Born in 1863, Munch quickly evolved into one of the most famous and influential painters and graphic designers of early modernism in Europe.

After briefly studying art in Christiania (today’s Oslo), he was drawn to visit Paris for the first time in 1889, where he encountered the symbolism of the outgoing century. Personal tragedies, including the early deaths of his mother and a sister, as well as unfortunate relationships with women, soon left their mark on Munch’s artistic output. Thus, the relationship between the sexes, with the facets of happiness and anxiety, expectation and longing, became a basic theme of his art, one that increasingly diverged from symbolism after the turn of the 20th century.

Munch now developed his own psychological imagery between deeply felt melancholy, loneliness and fear of death. When these works were first exhibited in 1892 in Germany at the Verein Berliner Künstler (association of Berlin artists) in Berlin, they caused a scandal that led to the closure of the exhibition. Acclaimed by the young generation of artists, writers and intellectuals, this marked the start of Munch’s major influence not just on the visual arts in Germany.

In addition to painting, and largely self-taught, in 1894 he began to build up an extensive graphic portfolio that dealt with the subjects of his pictures. In their technical perfection and his unique experiments of combining different printing processes, Munch’s graphic work became an artistic highlight in this genre.

With around 90 works – many in colour – including etchings, lithographs, woodcuts and hectographs, the exhibition provides an overview of the work of Edvard Munch. Tailored to the spaces in the Kunstforum Ingelheim – Old Town Hall, these are displayed in five rooms with differing motifs and themes.

Starting with the relationship between men and women, from male fantasies, via rapprochement and intimate love, through to separation and joint death, the exhibition visualizes an arc of life. Together with the self-portraits, the depictions of writers such as Henrik Ibsen and August Strindberg or the composer Delius, bear witness to Munch’s close links with other artistic fields.

He also tackles the subject of melancholy and loneliness of people, both in interior spaces and in front of open seascapes, which became a profound expression of the human soul. The life of the soul is also a key subject in his works, which deal with anxiety, illness and death, focusing on the motif of the sick child. Finally, there are the exaltations in Munch’s depictions of women, including stylized versions of the Madonna, coveted by men, or as presented in works entitled “Vampire” or “Harpy”, where they also represent mortal danger.

This year’s exhibition shows works that have been made available by a series of museums and private collections. A comprehensive catalogue has been published by HIRMER Verlag. 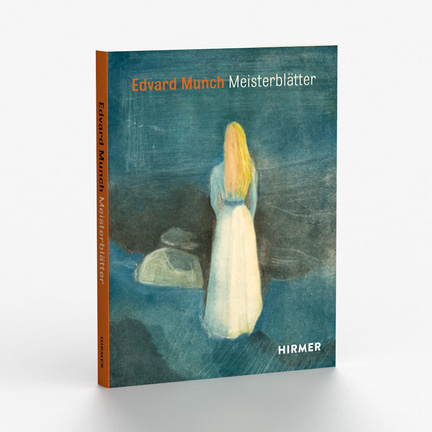 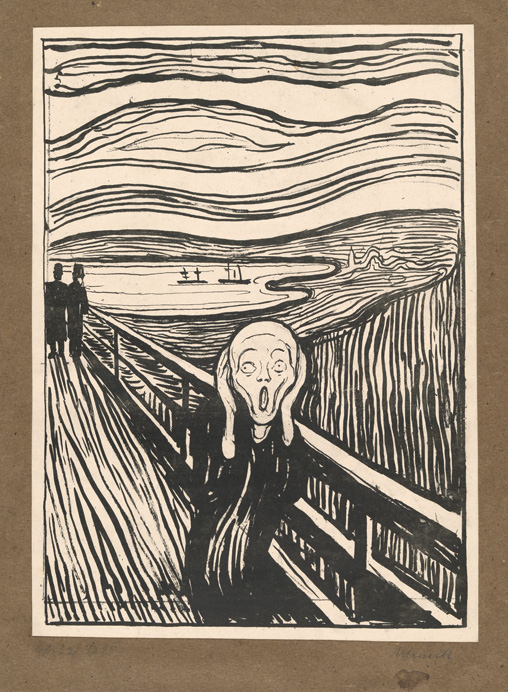 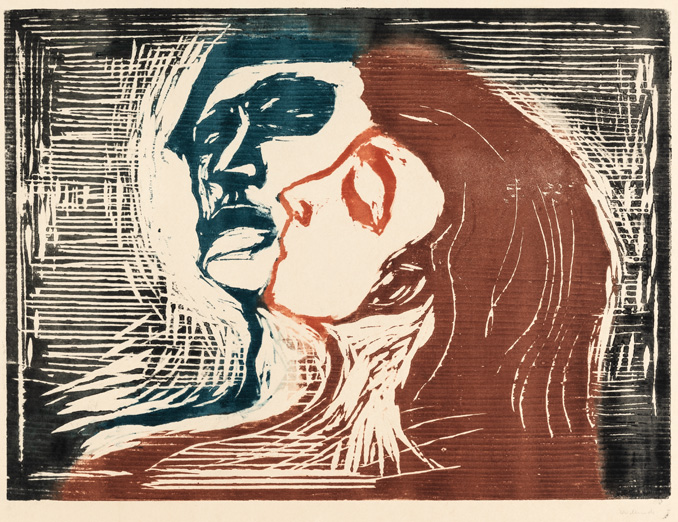 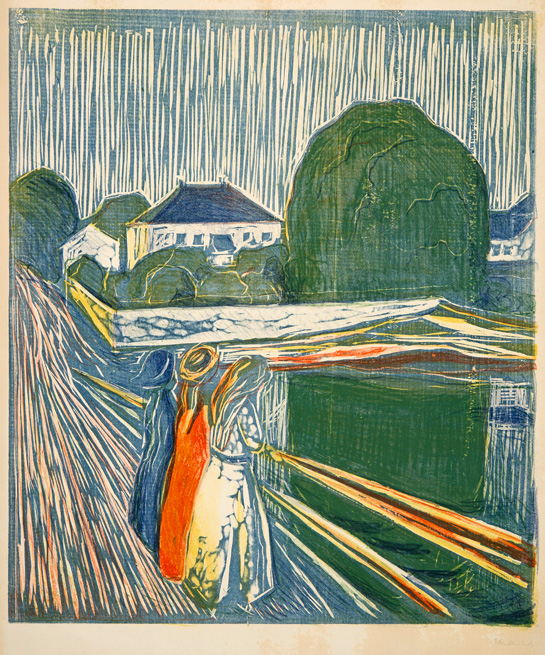 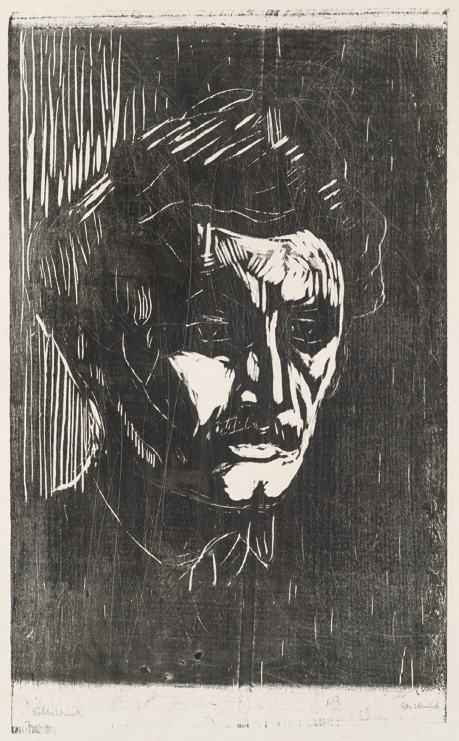 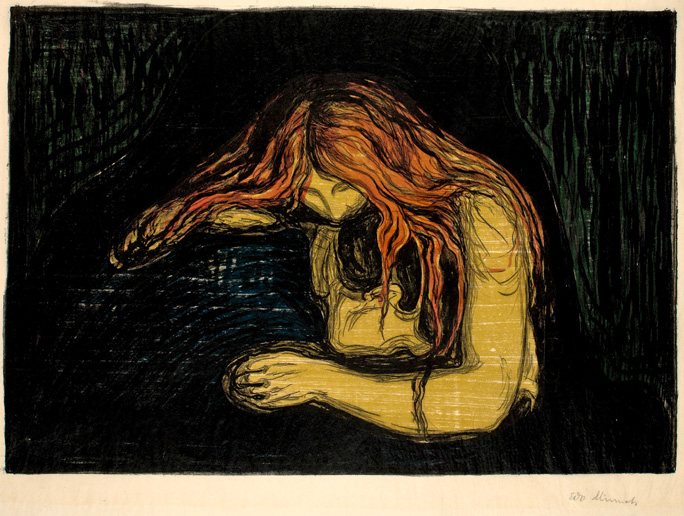 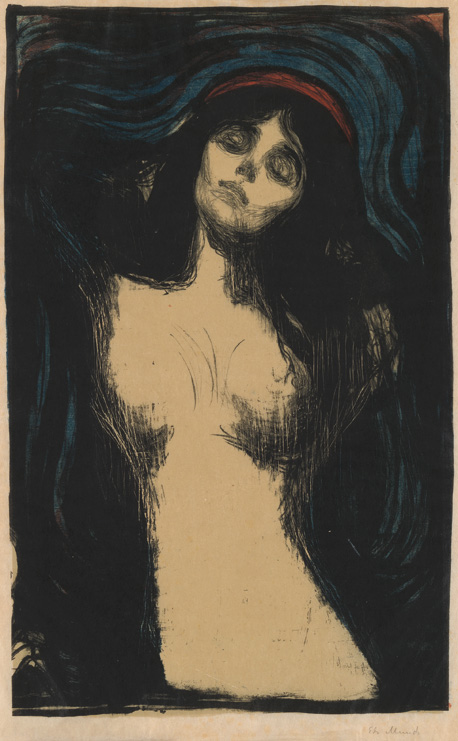 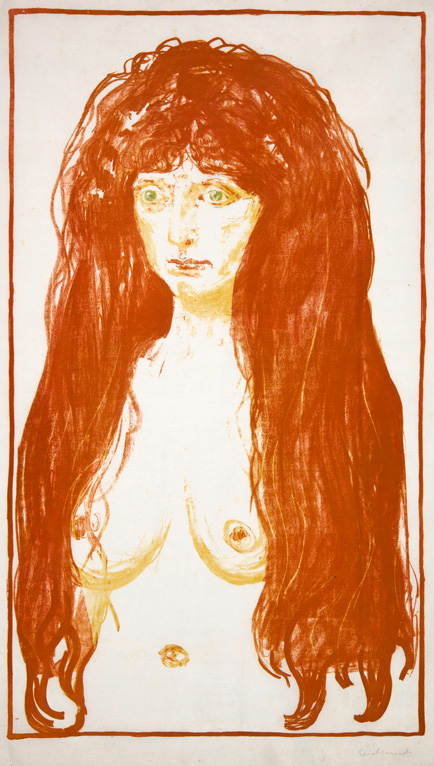