The 2005 exhibition was dedicated to the Swiss artist Jean Tinguely (1925–1991). This charismatic bon vivant was portrayed as the creator of a multifaceted oeuvre based on classical Modern Art and the experiences of the postwar era in Paris. Later, Tinguely‘s work became tightly interwoven with his Swiss heritage. From 1953 on, it focused on movement – first expressed in kinetic reliefs and drafting machines, later in ever-bigger constructions made of iron, scrap metal and other found objects. Impressive, moving, and mobile objects that in the end produce nothing: machine sculptures devoid of function.

Tinguely‘s creativity was closely associated with the idea of ‚Happenings‘ and he foiled prevailing art movements in an ironic and unselfconscious way; his art is colorful, chaotic, experimental, inviting, and unorthodox in the best way. During the last two decades of his life he was a key figure in the international art and exhibition scene.

Many prior Tinguely exhibitions traced the evolution of his art or were dedicated to particular work groups. In contrast, the Internationale Tage exhibition proposed a new, kaleidoscopic view: presenting the work as an ABC of keywords from A to Z, a manifold presentation of the artist and person Jean Tinguely – his inclinations and interests, his visions and Utopias, his role models and fellow travelers.

Approximately 100 works – machine sculptures, collages, drawings and graphics – rounded out with photographs, films, audio recordings and other documents offer a multi-faceted foray into the boundary – challenging and transgressive life and life‘s work of this dazzling personality and artist from the 1960‘s to 1990‘s.

The exhibition was made possible through cooperation with the Museum Tinguely in Basel and private collectors. 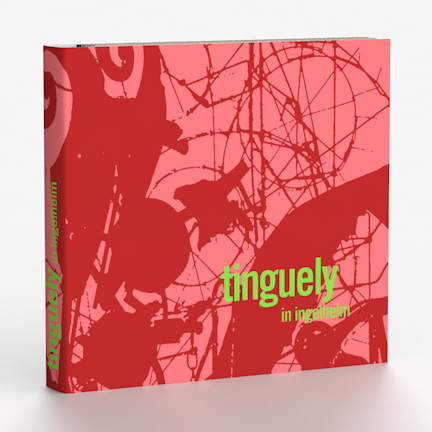