Miró is one of the most popular artists of the 20th century – even if this popularity is based largely on an almost extreme commercialization of his works. However, reducing him to such popularity would fail to appreciate him as one of the most siqnificant artists of modern times – as someone who has created their very own universe from form and colour, extending well beyond the colourful, playful, humorous dimension of his works. Miró owes his importance to his very own characteristic style and his unconventional, highly personal view of the world. Miró was a Catalan. His close bond with the earth and his mystic reverence of the earthly and heavenly powers of nature found their roots in his deeply held Catalonian convictions. He saw his parents‘ country residence in Montroig in the Catalan province of Tarragona as both a shelter and a refuge from the time he was a child. The surrounding country with its lush vegetation, its rocks and hills, its closeness to the sea inspired his art and fed his imagination. „I think about all of my works when I am in Montroig. Not when I am in Paris, or anywhere else.“

Be it from snails, snakes or birds, insects, stones or roots, Miró never ceased to create shapes, drawings and structures that he transposed to another world: to the world of his pictures. Like an alchemist, he took reality, reshaped it, and thus created a new, his own, reality.

Around 130 graphic works – etchings, Aquatints and lithographs – dating from the 30s to the 70s were on display at this exhibition – loans from the Fundació Joan Miró in Barcelona and private collections in Switzerland. Works that have rarely been seen in such concentration, including complete book illustrations and series. They revealed a clear and yet complex view of the artist‘s inner world, an artist who, with meticulous care and imagination, uses highly subtle graphic techniques to experiment in the transformation, movement and substitutability of original, natural forms. 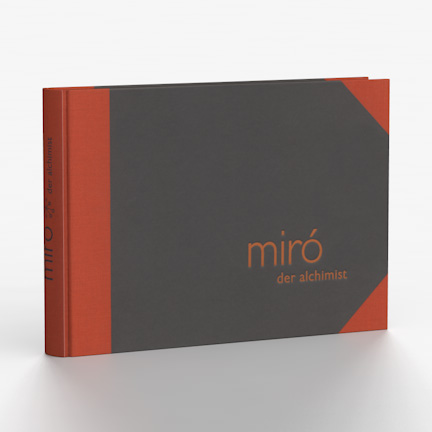