In 1953, C.H. Boehringer Sohn initiated and published „Lob des Rheingaus“, the first illustrated book with photographs of Albert Renger-Patzsch. Three were to follow: “Hohenstaufenburgen in Süditalien” – 1961, “Bäume” – 1962, and “Gestein” – 1966. 125 years of Boehringer Ingelheim’s existence was the occasion for the shareholder family, and their fourth generation in particular, to take up the Rheingau theme once again and to reinterpret it.

Albert Renger-Patzsch (1897–1966) is regarded as a pioneer of new functionalism in Germany. His direct, relevant photographic style formed the basis of modern photography.

Axel Hütte (born 1951), the well-known German photographer and former pupil of Becher at the Kunstakademie in Düsseldorf, is today considered as the uncontested master of analogue landscape photography. In the as stimulating as informative project, Hütte combines the Renger-Patzsch pictures from the 1950s with historic postcards and own works created between autumn 2009 and spring 2010.

Albert Renger-Patzsch’s vintage prints for the publication of “Lob des Rheingaus” and “Bäume”, also including unpublished prints, stood opposite Axel Hütte’s large scale pictures that were created for this project and were shown publicly here for the first time. 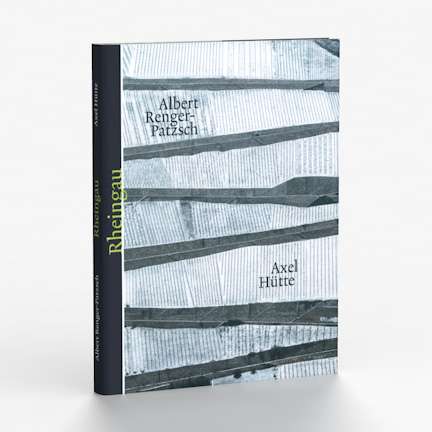